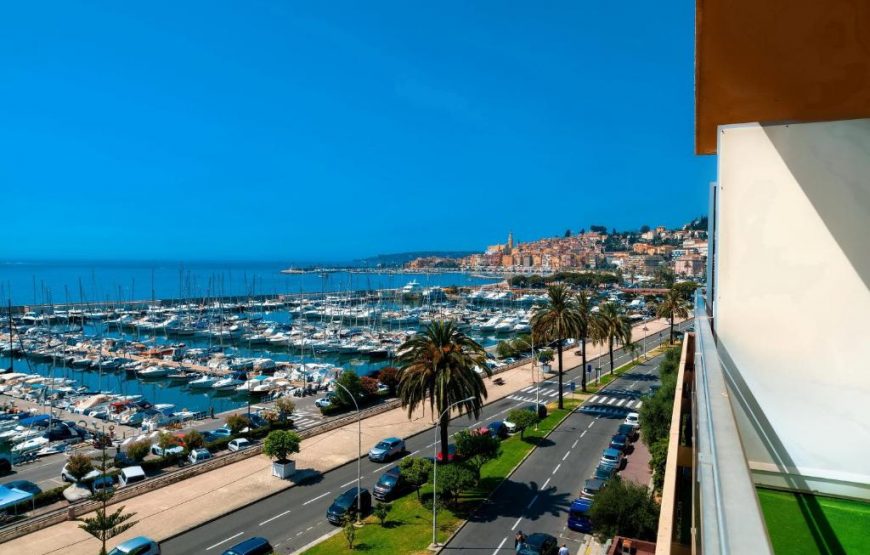 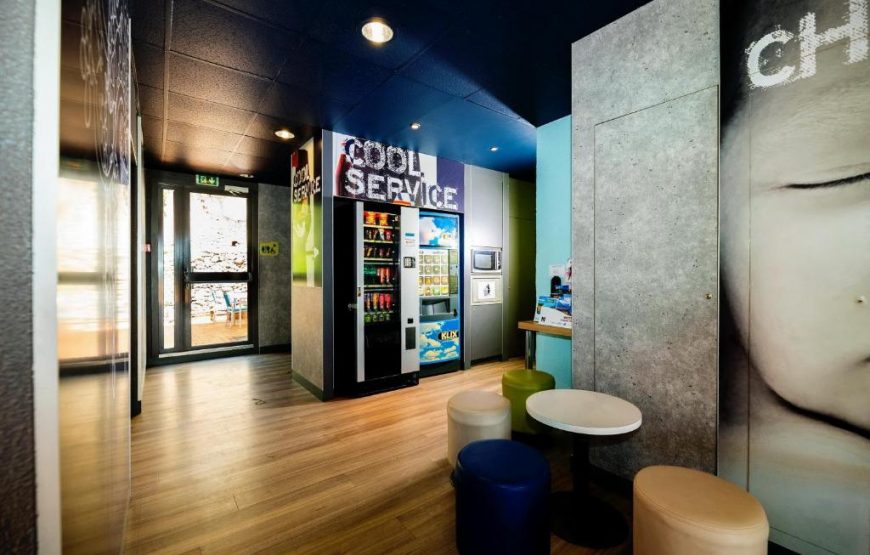 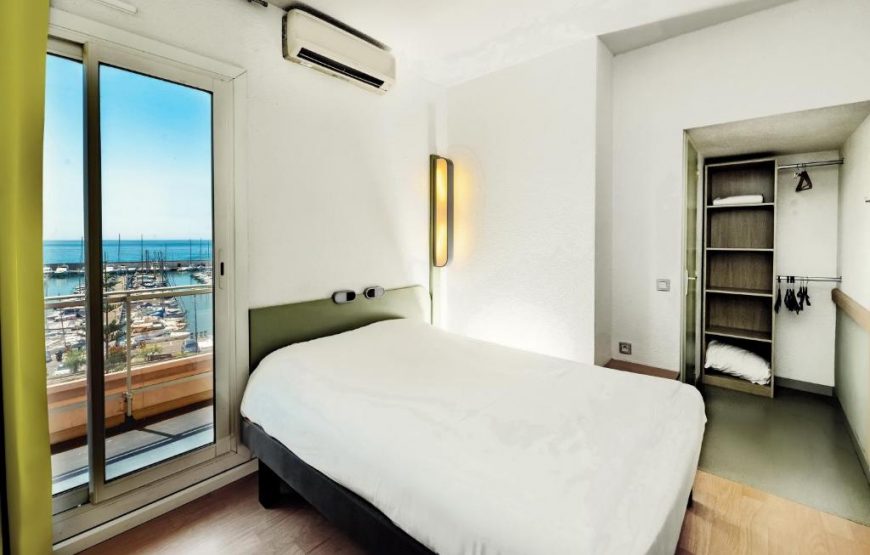 ibis budget Menton Bord de Mer is a modern two-star hotel located in the beautiful town of Menton, just 2 km from the Jean Cocteau Museum and 500 metres from the beach. The train station is just a few metres from the hotel.

Menton is a small town located between the Italian-French border and Monaco. So if you’re planning a trip around the Cote D’Azur, Menton will be the perfect base for you. However, the town itself has plenty to offer. Among other things, you shouldn’t miss the historic part of the city with its colourful houses and narrow streets of La Vieille Ville, the Old Town, with the Baroque Basilica of Archangel Michael and the 53-metre high bell tower, one of the city’s landmarks.

The hotel offers single, double and triple rooms. Room amenities include a TV and air conditioning. The private bathroom comes with a shower, a hairdryer and a toilet. Some rooms have a balcony with sea views. Guests can enjoy breakfast in the hotel’s dining room for an extra charge. There is also a vending machine at the hotel. 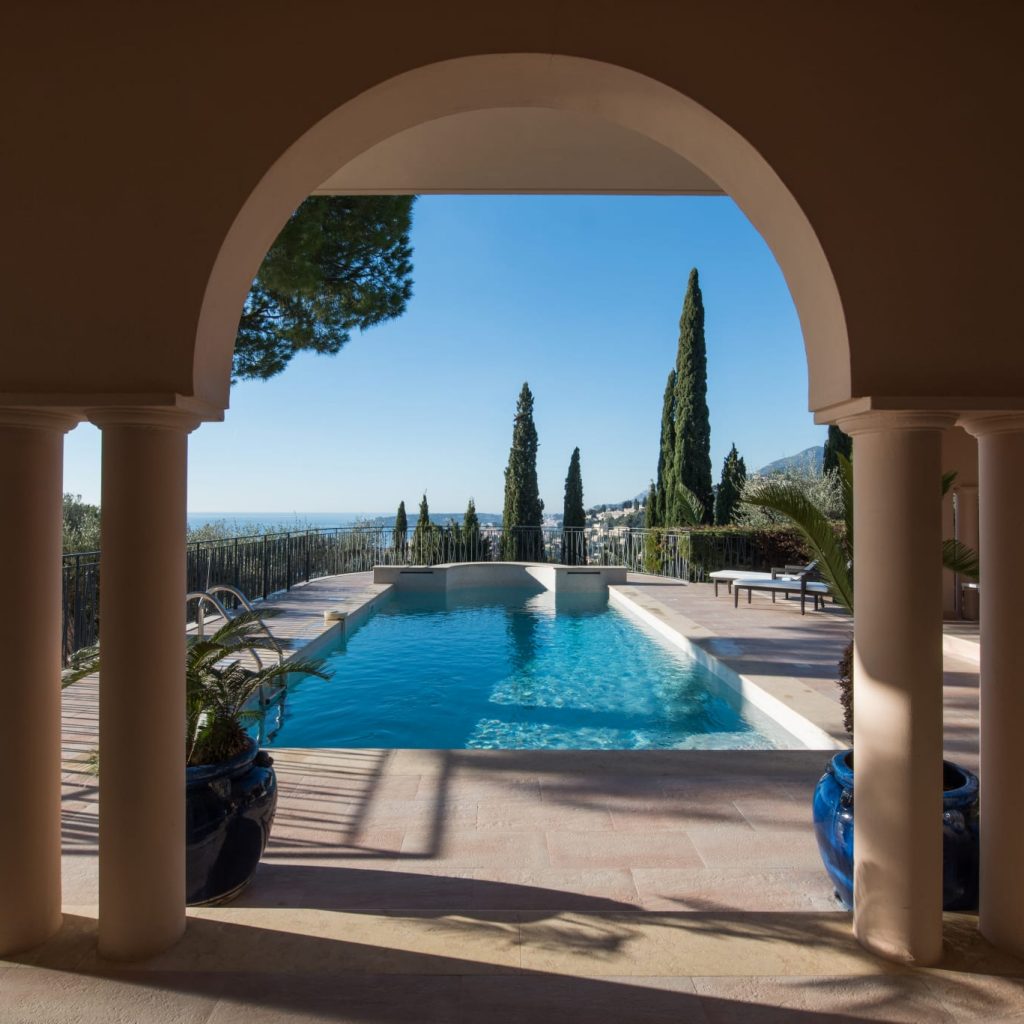 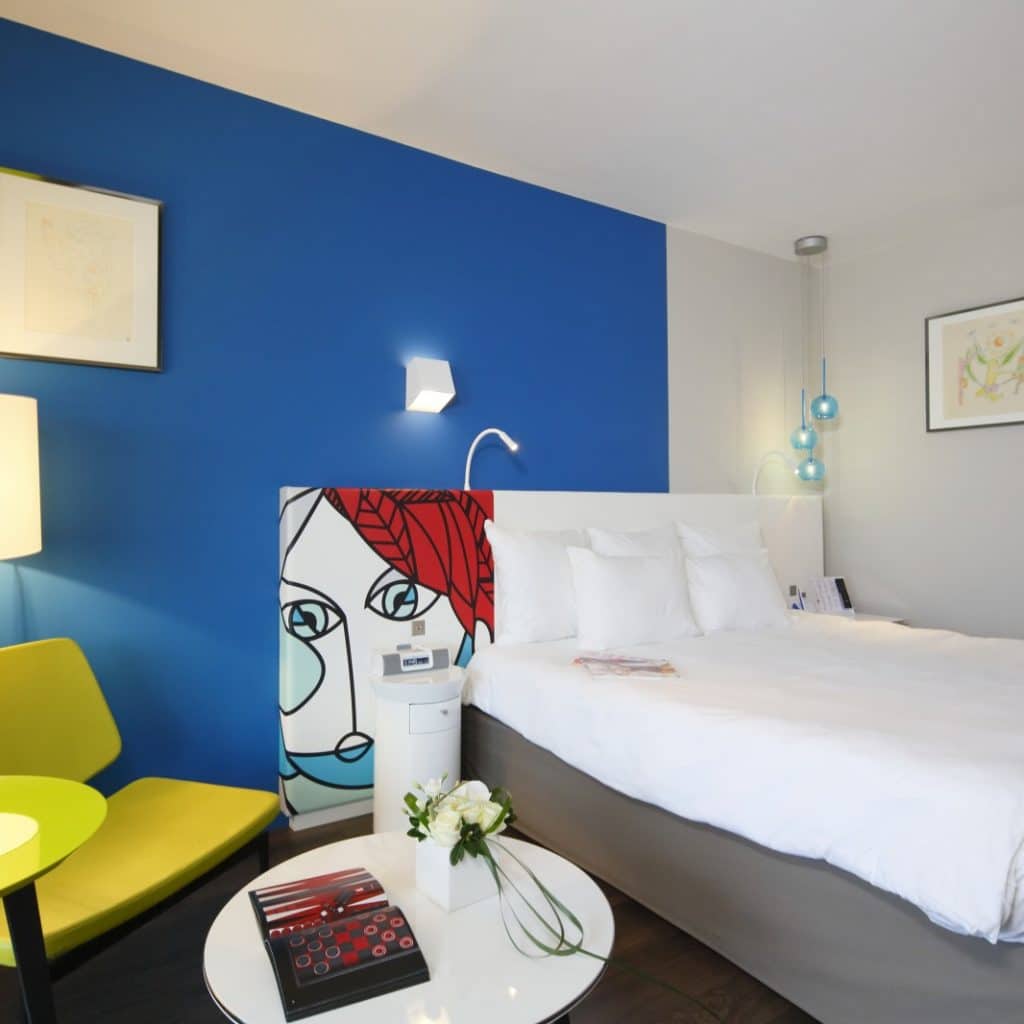 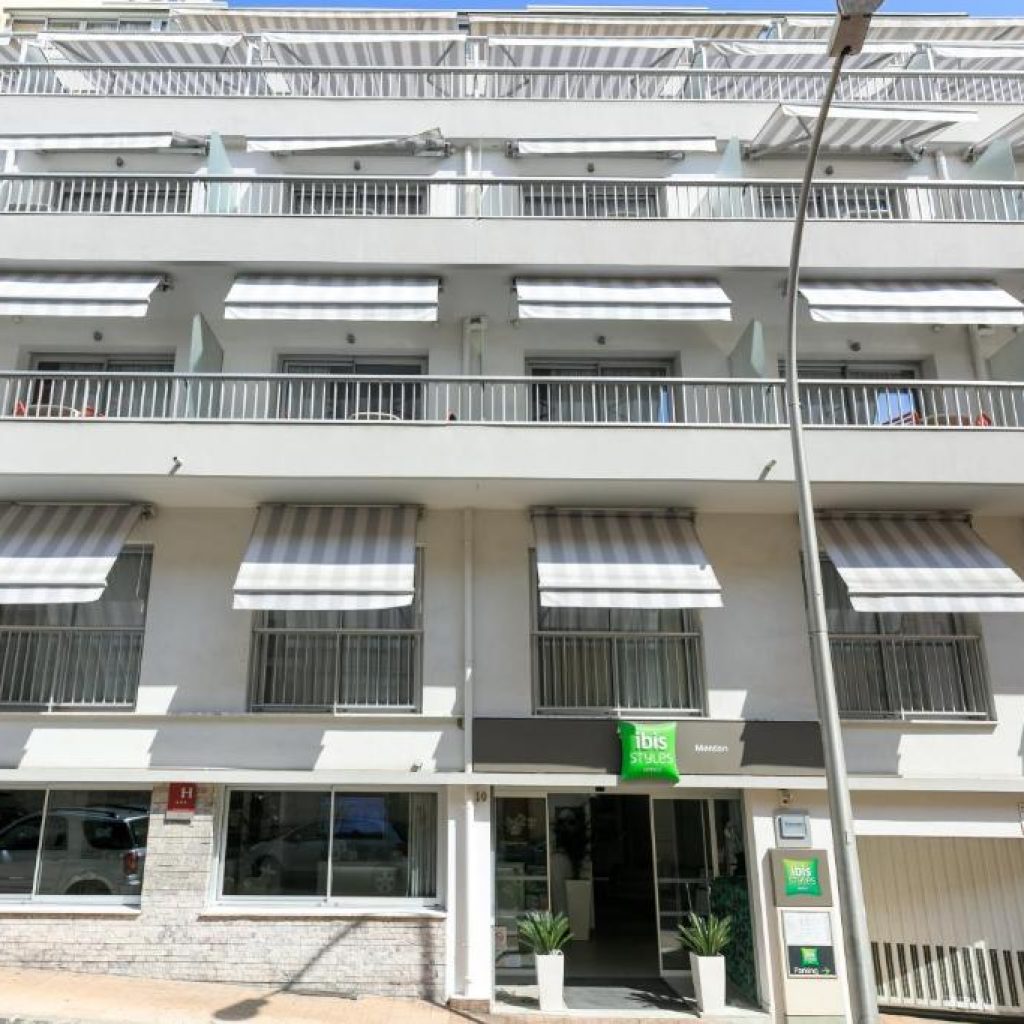 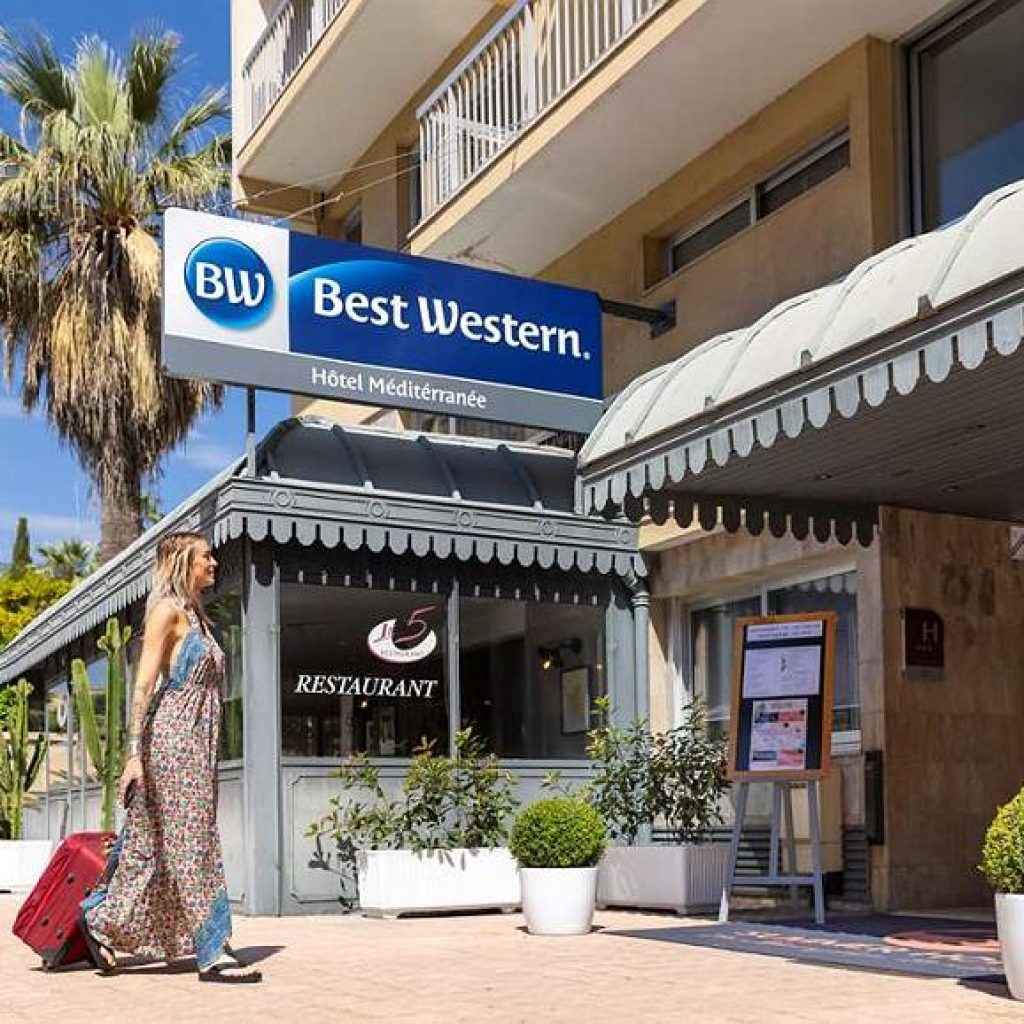