History and recipe of the Socca, symbol of the Niçoise gastronomy

Socca is a culinary specialty originating from the Nice region and the neighboring Italian coast. It is a local pancake, healthier than pancakes (it is made with chickpeas) and cheap. We advise you to take advantage of your stay in Nice to taste the Socca: here is a brief review of the history of this local speciality, the Socca recipe and how to prepare it at home.

The origin of Socca 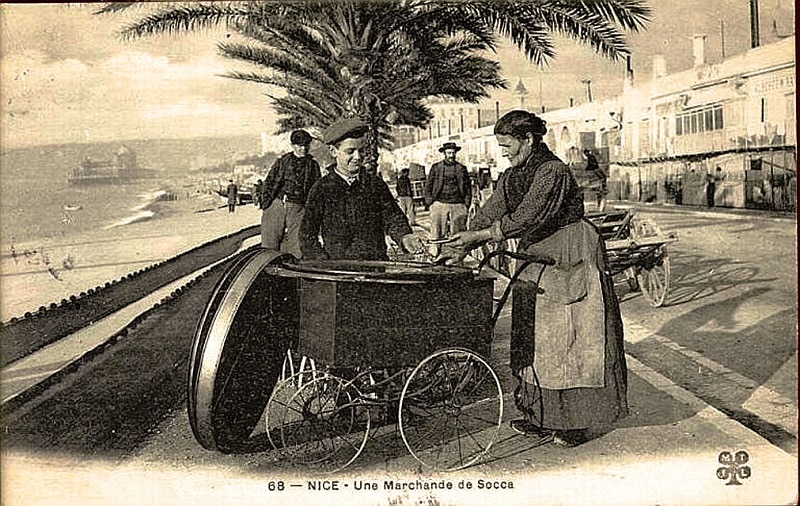 A speciality from Nice, without being able to precisely retrace its history, Socca is found in various forms all around the Mediterranean, especially on the Ligurian coast.

Like many dishes that have become popular, Socca was originally a dish for the poor, due to its modest price, first homemade and then sold by street vendors. It was particularly appreciated by workers, fishermen, dockers for their merenda (snacks).

It is now appreciated as an aperitif or starter, or even as a main course for a quick lunch, usually accompanied by a glass of fresh rosé wine.

Socca is a speciality of south-eastern France, particularly around Nice, Menton and Monaco. From Ventimiglia to the surroundings of La Spezia, it is called farinata or cecina (“made of chickpeas”) or torta di ceci (“chickpea tart”). Socca finds its equivalent in India with the dal (although coriander is normally added with other vegetables) and there are similar versions in North Africa (Algeria) called calentica (or karantita). Each region adds its own herbs and spices according to the local culture. In Gibraltar it is the national dish and is mostly fried.

How to prepare and cook Socca? 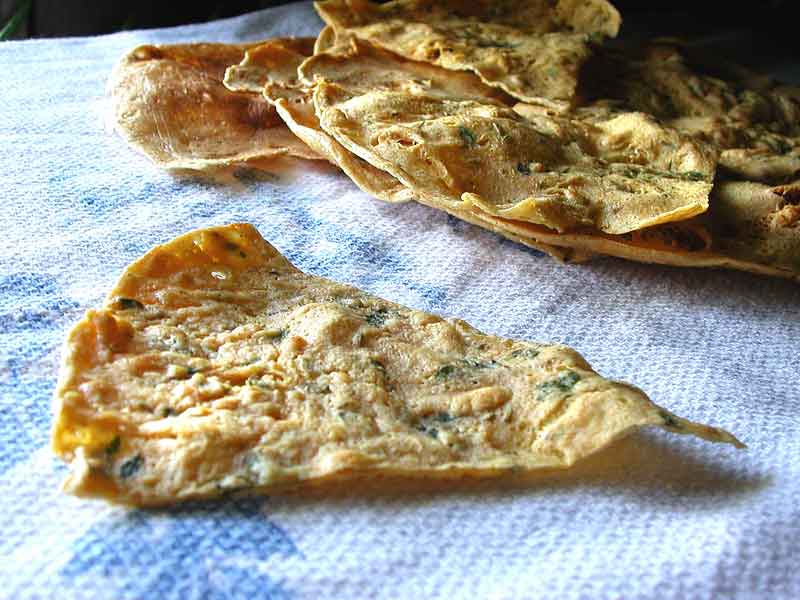 Socca is prepared from chickpea flour, olive oil and water, which are mixed to form a paste. The mixture is placed on a plate a few millimetres thick and baked in a wood-fired oven or – as is the case on the French Riviera – poured into a copper pan and heated up, somewhat like a pancake.

Today, the Socca is transported freshly made, by bicycle, to the city’s stands where it is devoured by hungry tourists and the local population. Since the 1920s, there have been Socca vendors on the Cours Saleya, at the Marché aux Fleurs, including “Theresa”, who has been selling Socca in the same place since 1928.

It is a difficult dish to cook at home and there are similar recipes all over the world. If you try to prepare the Socca recipe at home, it can be difficult because it requires cooking over a fire, ideally a very hot crepe pan. Socca is crispier if it is “scraped” during cooking. 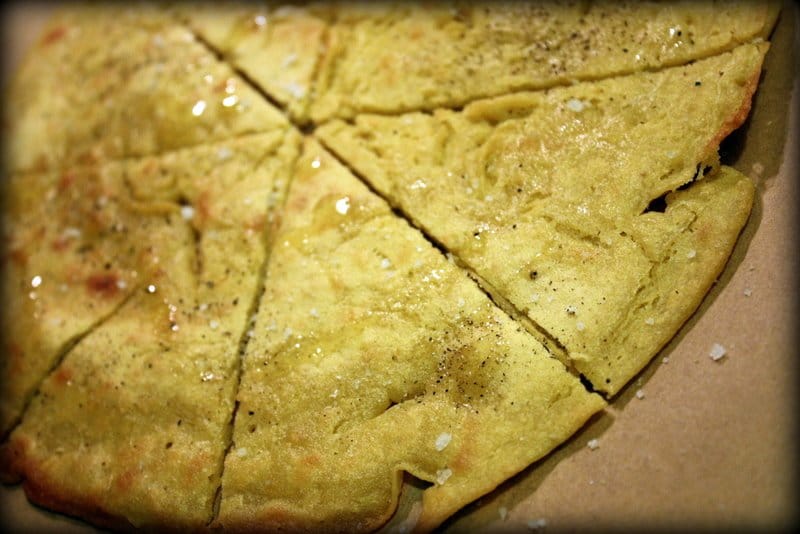 The stages of preparation :

Beat vigorously with a whisk to eliminate lumps. Pass through a strainer (a kind of sieve in the shape of an inverted Chinese hat).

Heat a 50-centimeter diameter copper plate with plenty of oil. An oven plate can do the trick. Once hot, pour and spread the preparation in this plate (about 2 to 3 millimetres thick). Cook in a very hot oven (about 280°).

Remove the baking tray from the oven as soon as the dough is golden brown and crispy, or even slightly burnt in places. Cut into small pieces, season with pepper and serve quickly. Serve your Socca with a good rosé of Provence, very fresh.

The best places to taste a share of Socca in Nice are Chez Thérésa and Chez Pippo.