Visit Nice: top 10 things to do in Nice

Visit Nice and its surroundings: the unmistakable ones

Nice is an incredible, charming and surprising city! In summer and winter it is a great place to live. In summer we enjoy the sea and in winter we are only one hour away from the ski resorts. What a dream!

Lulled by the Italian culture, we enjoy strolling in the narrow streets of Old Nice, swimming on the pebble beaches or the rocky beaches of Coco Beach, discovering the main squares: Masséna, Garibaldie… a walking tour is the best way to discover the city! Nice remains a relatively human-sized city. Right in the center, the streetcar makes traveling easier.

The only drawback is the relatively high cost of living compared to the French average.

Whatever the opinions, Nice is making the news!

This palm-fringed walk starts from the hill of the Château to the Nice airport and is seven kilometers long with its private beaches and famous blue chairs. The Promenade des Anglais was a chic and touristy symbol barely two years ago, today a duality appears between beauty and the memory of a dark night on July 14, 2016, a date that the people of Nice will never forget.

The original touch: renting blue bikes to ride the beautiful promenade (a bit sporty to check in but quite feasible!): I recommend you to do at least the part that goes from the Quai des Etats Unis to the Negresco Hotel!

The avenue Jean-Médecin, is the district of the hyper center in Nice, starts from the place Masséna and ends at the railway station of Nice.

It is an area that can be divided in two: a first part quite posh and based on shopping around the place Masséna, and a second part more popular in the northern half of the avenue Jean Médecin.

The Nice free walk is great introduction of Nice old town with locals guides. It’s a fun and interactive way to discover the city on foot. Feel free to tips your guide at the end of the tours. Book Free walk in English Here

The port of Nice is one of my favorite neighborhoods: a popular, lively and lively neighborhood!

Places not to be missed: the magnificent Place Garibaldi, many antique dealers’ galleries, the little marsh of Nice.

The port of Nice has retained its Mediterranean flair, and the neighborhood should appreciate itself even more with the construction of line 2 of the tramway, linking the port of Nice to the Nice airport.

The Castle Hill and its incredible view

The castle hill in Nice is, in my humble opinion, the most beautiful place in Nice. Five magnificent panoramas are accessible from the hill :

Two possibilities to get to the castle hill.

Stroll through Old Nice and the Cours Saleya

The old Nice is located at the bottom of the place Masséna towards the Promenade des Anglais.

During your visit of the old Nice, I recommend you to see mainly the Cours Saleya, where is held almost every morning (except Monday) the famous flower market. Other places not to be missed:

The panoramic view of Mount Boron

Mount Boron is a Mediterranean forest located on a hill to the east of the city. The site offers many walks with beautiful views over the Baie des Anges and the bay of Villefranche. Don’t miss the Mont Alban fort at the top! The view is sublime.

To go to Mont Boron, take the city bus number 14 from Nice.

Coco Beach and the Reserve

The beaches of the Reserve in Nice are located after the Port on the way to Cap de Nice between the beaches of the Military Baths and Coco-Beach. Pretty beaches of large pebbles one of many small rocky creeks embrace the port of Nice. The negative point: the port and its boat fumes is very close… Very average to swim. I really recommend it for a walk and not a swim.

The Cathedral of St. Nicholas in Nice is sumptuous and is, moreover, the most important religious building of the Orthodox cult outside Russia. The contrast between the Mediterranean architecture and vegetation is quite surprising and it is worth the detour.

A stone’s throw from the train station. The bus 75 will drop you next door. 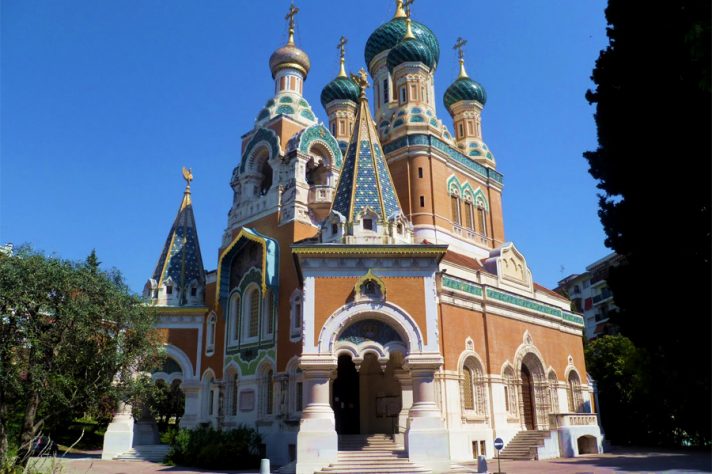 TASTE THE CULINARY SPECIALTIES OF NICE

To visit Nice is also to discover the culinary specialties of Nice, adored by its inhabitants.

For the sweetness, the famous ice cream, I recommend Azzurro, which is located in Piazza Rossetti. By searching on tripadvisor, you will certainly see Fennochio, as “the best ice cream in Nice” but I really advise you to try Azzuro, the home-made of course!

WHAT TO DO AROUND NICE 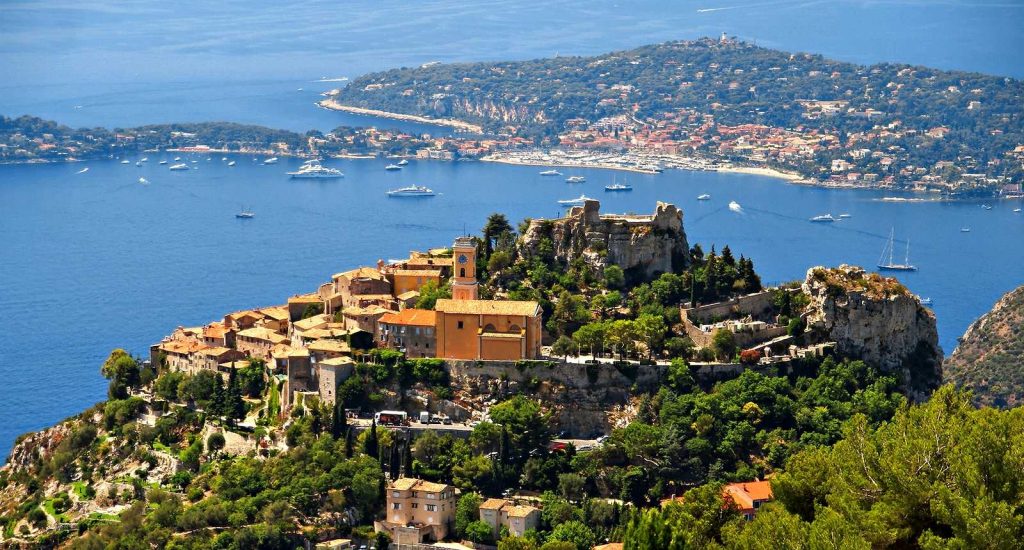 Tramway and bus serve in the city are very well. For one week, there is a pass that costs 15 € and allows you to use public transport without any travel restrictions.

The small +: soon the streetcar will arrive at the airport

If you stay in Nice even do not bother with a car. And rent one instead to discover the surroundings.

What is the best way to get to Nice?

It seduces you finally by the beauty of its districts, its unique light and the mildness of its climate.